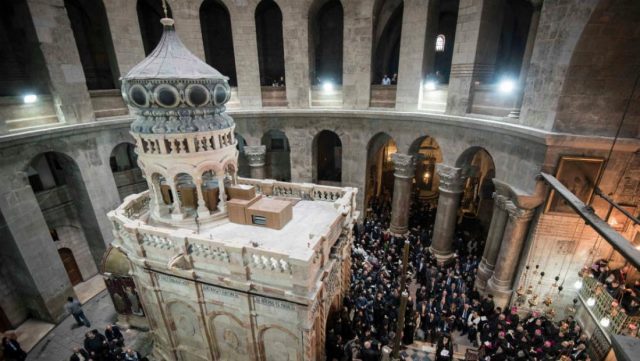 Over the centuries, Jerusalem’s Church of the Holy Sepulchre has suffered violent attacks, fires, and earthquakes. It was totally destroyed in 1009 and subsequently rebuilt, leading modern scholars to question whether it could possibly be the site identified as the burial place of Christ by a delegation sent from Rome some 17 centuries ago.

Now the results of scientific tests provided to National Geographic appear to confirm that the remains of a limestone cave enshrined within the church are remnants of the tomb located by the ancient Romans.

Learn what archaeology can—and cannot—tell us about Jesus Christ.

Mortar sampled from between the original limestone surface of the tomb and a marble slab that covers it has been dated to around A.D. 345. According to historical accounts, the tomb was discovered by the Romans and enshrined around 326.

Until now, the earliest architectural evidence found in and around the tomb complex dated to the Crusader period, making it no older than 1,000 years.

While it is archaeologically impossible to say that the tomb is the burial site of an individual Jew known as Jesus of Nazareth, who according to New Testament accounts was crucified in Jerusalem in 30 or 33, new dating results put the original construction of today’s tomb complex securely in the time of Constantine, Rome’s first Christian emperor.

The tomb was opened for the first time in centuries in October 2016, when the shrine that encloses the tomb, known as the Edicule, underwent a significant restoration by an interdisciplinary team from the National Technical University of Athens.

A LOOK INSIDE THE TOMB OF CHRIST

People line up to visit the renovated Edicule, the shrine that houses what is believed to be the tomb of Christ.

Several samples of mortar from different locations within the Edicule were taken at that time for dating, and the results were recently provided to National Geographic by Chief Scientific Supervisor Antonia Moropoulou, who directed the Edicule restoration project.

Discover how Jesus’ burial site evolved from cave to church in 2,000 years.

When Constantine’s representatives arrived in Jerusalem around 325 to locate the tomb, they were allegedly pointed to a Roman temple built some 200 years earlier. The Roman temple was razed and excavations beneath it revealed a tomb hewn from a limestone cave. The top of the cave was sheared off to expose the interior of the tomb, and the Edicule was built around it.

A feature of the tomb is a long shelf, or “burial bed,” which according to tradition was where the body of Jesus Christ was laid out following crucifixion. Such shelves and niches, hewn from limestone caves, are a common feature in tombs of wealthy 1st-century Jerusalem Jews.

The marble cladding that covers the “burial bed” is believed to have been installed in 1555 at the latest, and most likely was present since the mid-1300s, according to pilgrim accounts.

When the tomb was opened on the night of October 26, 2016, scientists were surprised by what they found beneath the marble cladding: an older, broken marble slab incised with a cross, resting directly atop the original limestone surface of the “burial bed.”

Some researchers speculated that this older slab may have been laid down in the Crusader period, while others offered an earlier date, suggesting that it may have already been in place and broken when the church was destroyed in 1009. No one, however, was ready to claim that this might be the first physical evidence for the earliest Roman shrine on the site.

The new test results, which reveal the lower slab was most likely mortared in place in the mid-fourth century under the orders of Emperor Constantine, come as a welcome surprise to those who study the history of the sacred monument.

“Obviously that date is spot-on for whatever Constantine did,” says archaeologist Martin Biddle, who published a seminal study on the history of the tomb in 1999. “That’s very remarkable.”

See how Jesus Christ has been portrayed over 1,800 years.

During their year-long restoration of the Edicule, the scientists were also able to determine that a significant amount of the burial cave remains enclosed within the walls of the shrine. Mortar samples taken from remains of the southern wall of the cave were dated to 335 and 1570, which provide additional evidence for construction works from the Roman period, as well as a documented 16th-century restoration. Mortar taken from the tomb entrance has been dated to the 11th century and is consistent with the reconstruction of the Edicule following its destruction in 1009.

“It is interesting how [these] mortars not only provide evidence for the earliest shrine on the site, but also confirm the historical construction sequence of the Edicule,” Moropoulou observes.

The mortar samples were independently dated at two separate labs using optically stimulated luminescence (OSL), a technique that determines when quartz sediment was most recently exposed to light. The scientific results will be published by Moropoulou and her team in a forthcoming issue of the Journal of Archaeological Science: Reports.

Editor’s Note: All studies are conducted within the framework of the project “Conservation, reinforcement and repair interventions for the rehabilitation of the Holy Aedicule of the Holy Sepulchre in the All-Holy Church of Resurrection in Jerusalem,” supervised by the interdisciplinary National Technical University of Athens (NTUA) team for the Protection of Monuments, i.e. Em. Korres, A. Georgopoulos, A. Moropoulou, C. Spyrakos, and Ch. Mouzakis with A. Moropoulou as Chief Scientific Supervisor. The dated mortar samples were analyzed by the Laboratory of Materials Science and Engineering, School of Chemical Engineering, National Technical University of Athens (Prof. A. Moropoulou, E. Delegou, M. Apostolopoulou, and A. Kolaiti) and the Laboratory of Archaeometry, Department of History, Archaeology and Cultural Resources Management, University of the Peloponnese (Prof. N. Zacharias and E. Palamara).

Kristin Romey is an editor and writer covering archaeology and paleontology for National Geographic. 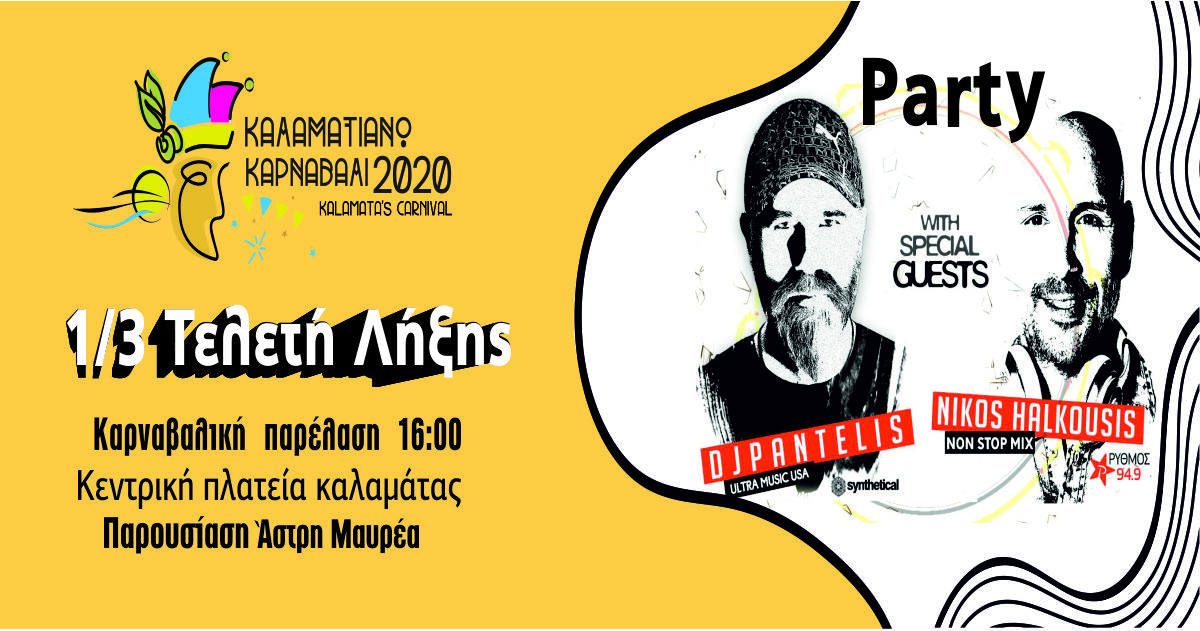 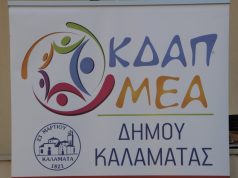 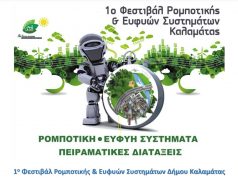 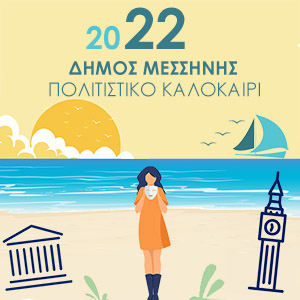 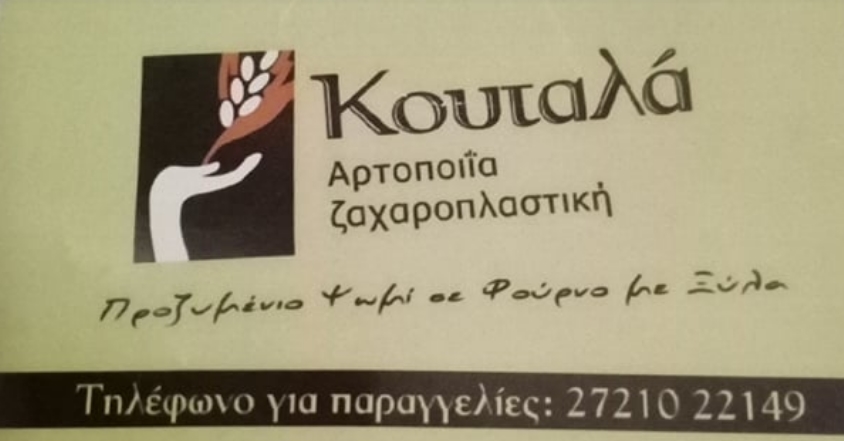 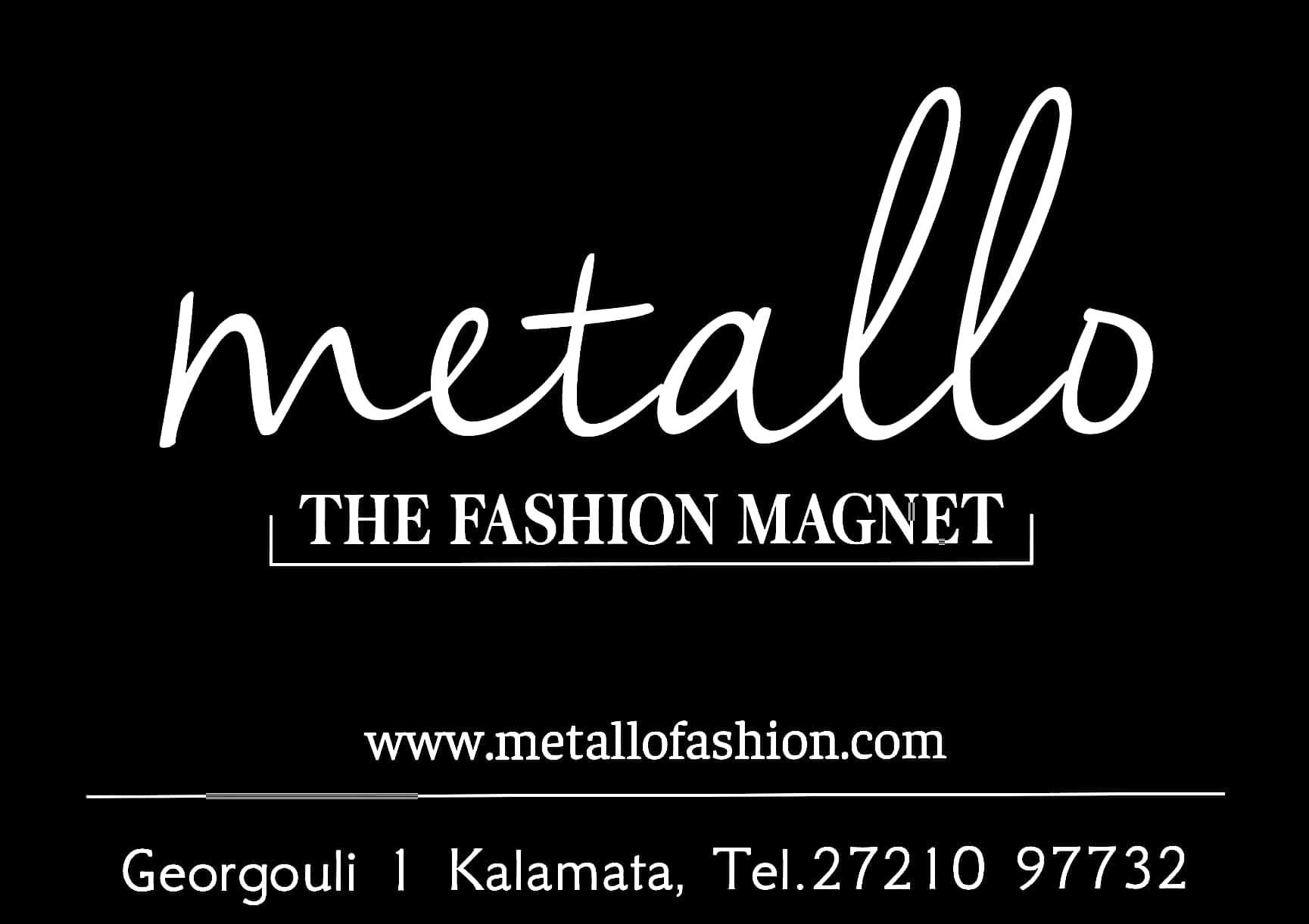 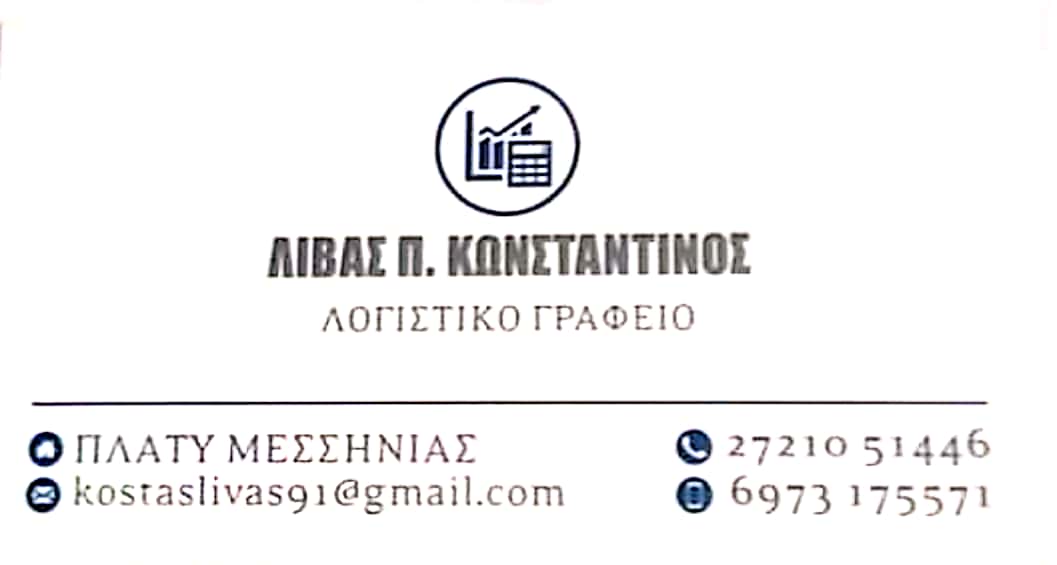 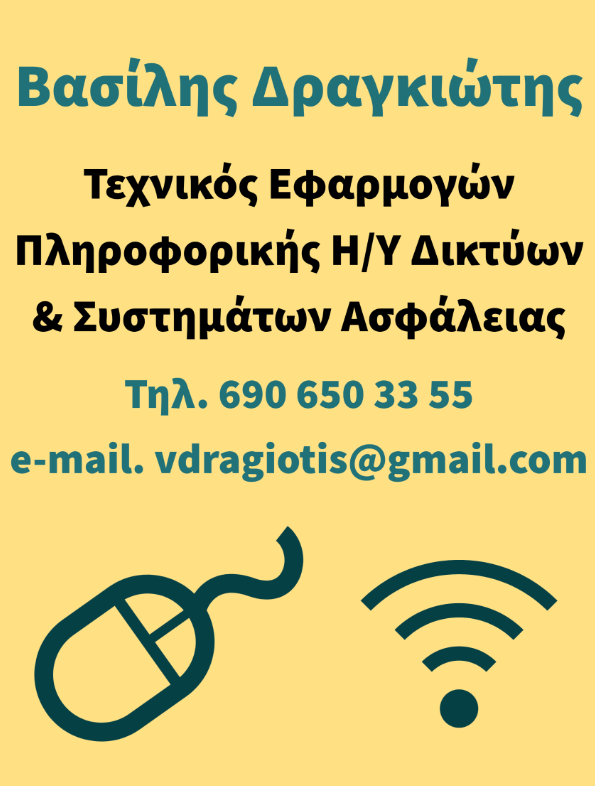 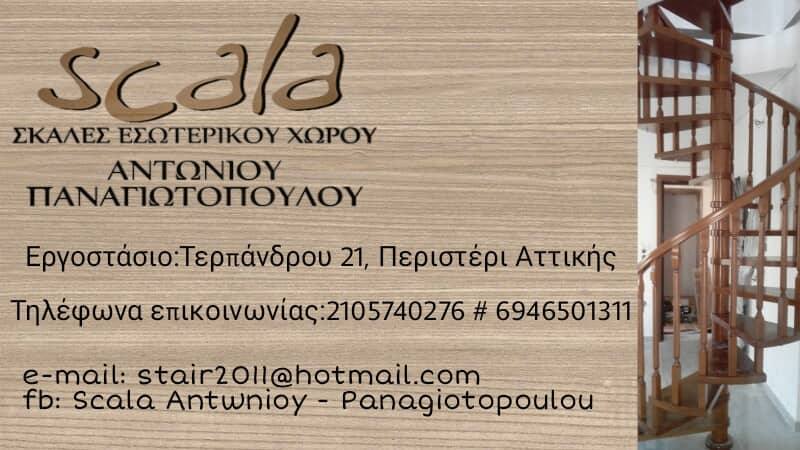 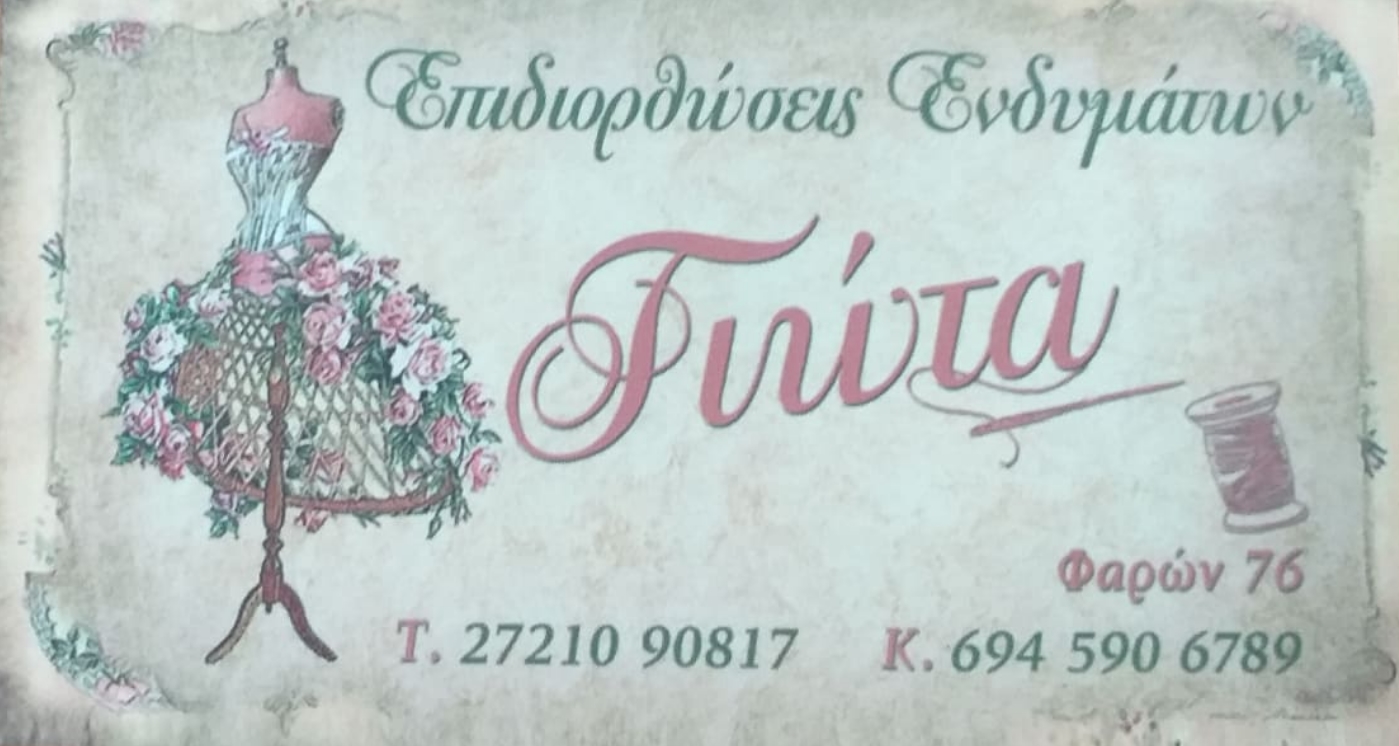 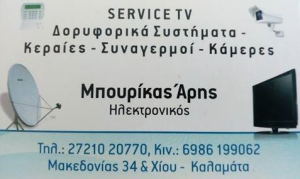 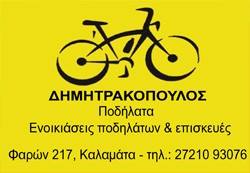 This website uses cookies to improve your experience while you navigate through the website. Out of these, the cookies that are categorized as necessary are stored on your browser as they are essential for the working of basic functionalities of the website. We also use third-party cookies that help us analyze and understand how you use this website. These cookies will be stored in your browser only with your consent. You also have the option to opt-out of these cookies. But opting out of some of these cookies may affect your browsing experience.
Necessary Always Enabled
Necessary cookies are absolutely essential for the website to function properly. This category only includes cookies that ensures basic functionalities and security features of the website. These cookies do not store any personal information.
Non-necessary
Any cookies that may not be particularly necessary for the website to function and is used specifically to collect user personal data via analytics, ads, other embedded contents are termed as non-necessary cookies. It is mandatory to procure user consent prior to running these cookies on your website.
SAVE & ACCEPT
ΠΕΡΙΣΣΟΤΕΡΑ ΘΕΜΑΤΑ